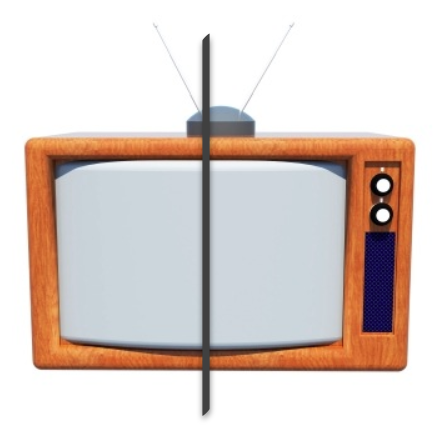 Purpose: This is an advanced improv game for older students.

2.  Ask the audience for a suggestion for a setting for each half. (i.e. Left side is at a circus, Right side is at a dentist’s office.)

4. The two halves continue their scenes, each freezing when the other is performing.

5.  The goal for each half is to somehow find a way to bring the scenes together (i.e. A circus performer chips a tooth juggling and must be rushed to the dentist! Or the dentist becomes completely bored with his job and decides to join the circus!)

6. When the two halves come together, the “divider” disappears and all four players briefly continue their scene until the instructor ends the game.