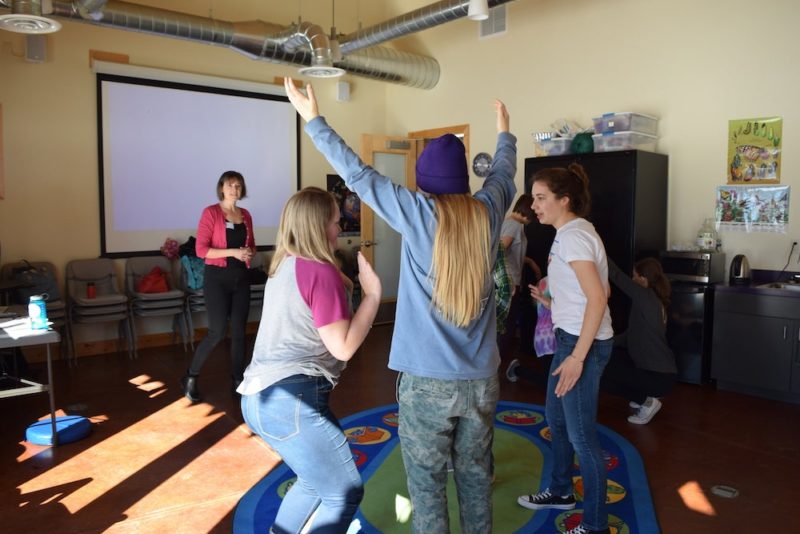 “My students get stuck fixating on one thing in a scene and the scene doesn’t go anywhere…help!”

This a common problem when working with beginners in improv.

Remind your students that all good stories have a conflict and that the conflict often gets worse and worse before the climax. Play the following game to get them thinking about heightening conflicts. (This may also be a good time to remind them of the classic story mountain that they were taught in elementary school.)

1.  Split the class into groups of three or four, and have the groups stand on one side of the stage.

3.  The goal is to get your group across the room, as quickly as possible, with a storyline that heightens the conflict.

4.  They can take one step forward each time they come up with something that makes the problem worse.

5.  The storyline must make sense as if it were a standalone scene.

6.  Each group works on their own storyline.

7.  Allow each group to share their first step with the whole class. (Correct any group that doesn’t seem to understand what it means to heighten their conflict.)

8.  Give the instruction that at this point, each group can continue to take one step forward for each scenario that makes their problem worse.

9.  They shouldn’t debate ideas. If someone suggests a workable idea they should “yes, and” it. Remember the goal is to get across the room quickly.

10.  All ideas must make sense. The teacher is the supreme judge of what makes sense.

11. When the first group gets to the other end of the room, tell everyone to freeze.

12.  That group shares each step they took to make their conflict worse.

13.  If the story made sense and could work with a scene, that group is the winner. If it went off the rails, let the rest of the class continue.

Game Debrief: Was it difficult to come up with ideas to make the conflict worse? How well did your group work together? Did you go with the flow or was there some dissent? In improv, you don’t have the luxury of discussing ideas. You have to “yes, and” the first idea that is thrown out there and go with it.

This is an adapted excerpt from the book Teaching Improv: The Essential Handbook, a step-by-step guide to teaching short from improv in a classroom setting, written by Mel Paradis. This book will be released on April 1, 2019. 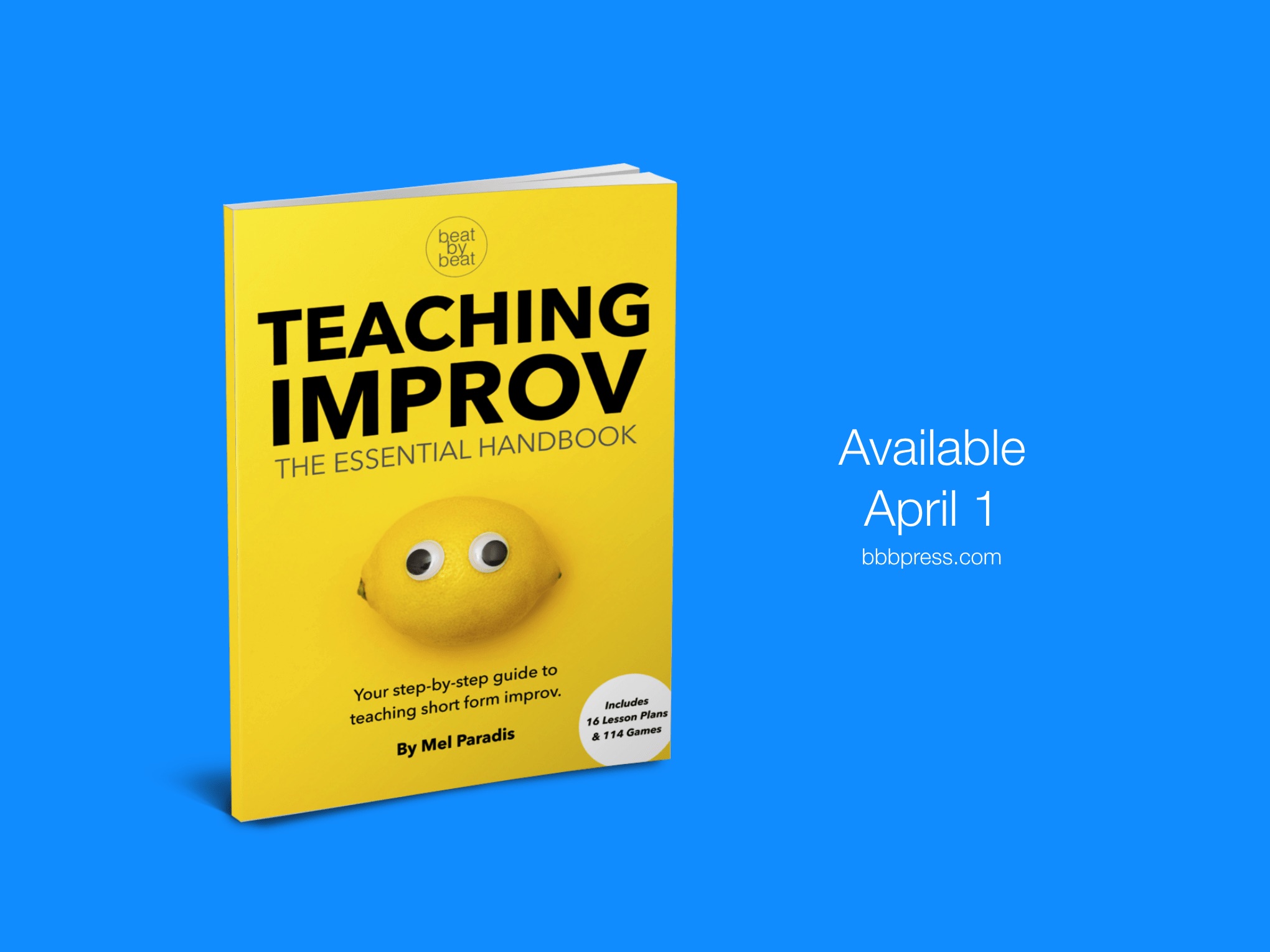 Your #1 resource for contemporary new musicals and theatre resources for young actors. Founded by award-winning playwrights and arts educators in NYC.