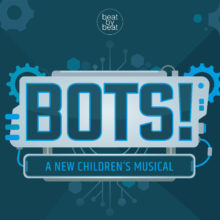 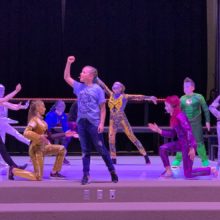 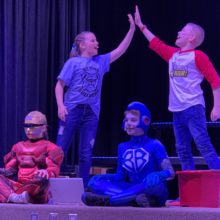 Welcome to the BOTS Robotics Competition where teams and their (singing and dancing) robots are all vying for the top prize! Amidst the coding, building, and fierce competition, two members from rival teams befriend one another and throw everything off-balance. Will their collaborative spirit sabotage their teams’ chances of winning? This STEM musical invites humans and robots alike to discover the power of technology and teamwork!

The resources above are conveniently provided through an online dashboard as downloads that you can access throughout your production.

All other organizations.
$ 395
00
plus $100/per performance royalty
Production Kit Details

We’re welcomed to the BOTS Robotics Competition, as two MCs introduce the teams, the rules of the game, and the big prize: funding for the winning school’s robotics program for a full year! We meet the competitors and their robots, including: the Robo Warriors (the reigning champs), the Circuit Breakers (last year’s bitter runners up), and the Byting Bulldogs (a nervous rookie team from a low-income school). When the robots go out for their practice run, the Byting Bulldogs’ little robot, Bulldog, malfunctions (GEARING UP FOR GLORY).

The Byting Bulldogs try desperately to fix their bot. With limited funding, they need the prize money, otherwise they can’t have a team next year. When the youngest, least experienced member of the team, Bailey, suggests they ask for help, the Byting Bulldogs insist that they can’t show any vulnerability; afterall, they’re the underdogs and they don’t want everyone to laugh at them (UNDERDOGS). The Bulldogs get to work de-bugging their busted machine, and they send Bailey away to sort parts.

While sorting parts, Bailey meets Shawn, a member of the Robo Warriors team. They bond over their love of robotics and Bailey admits that she’s sad her team won’t let her help – she’s always wanted to be an inventor and is desperate to bring something new into existence (WITH MY OWN TWO HANDS).

The MCs announce the first match and explain the rules of the game, which includes a golden ring suspended above the field, worth 10 bonus points. In this round, the Byting Bulldogs are paired with the Circuit Breakers for a 2-on-2 robotics match against two other teams. Things are looking good for tiny, little Bulldog, until she tries to pick up some balls and they’re too heavy for her. Even worse, a lag in Bulldog’s code causes her to get in the way of the Circuit Breakers’ robot, Breaker. Outmatched by the other teams, they lose (THE FIRST MATCH).

The Circuit Breakers can’t believe their bad luck! They always wind up in second place, and they are totally sick of it (SECOND PLACE). The cranky Circuit Breakers call Bulldog a “flimsy, little robot” and encourage the Byting Bulldogs to quit the competition. When everyone leaves for lunch, Bailey stays behind, determined to get her team out of this mess.

While trying to fix Bulldog, Bailey meets the rest of the Robo Warriors team. Bailey’s a big fan and happily listens as they brag about their prowess and their incredible bot, Robo (HASHTAG BLESSED).

When his team leaves to take more selfies, Shawn stays behind with Bailey. Together, they realize that the Robo Warriors burned out their motor in the first match. Bailey lends Shawn the Byting Bulldogs’ spare motor and helps him install it – after all, it’d be a shame if they couldn’t compete. Shawn reciprocates by helping Bailey fix Bulldog’s code (LEND A HELPING HAND).

While the Robo Warriors compete with their new spare motor off-stage, the Byting Bulldogs discover it’s missing. They turn on Bailey and criticize her for helping their competitors. They exit to play their final match, leaving a devastated Bailey behind (WITH MY OWN TWO HANDS REPRISE). When the Byting Bulldogs realize that Bulldog is fixed, they come back to apologize, but Bailey is gone.

The MCs introduce the final round, in which the top teams will choose their partners. Then they share the rankings: the Robo Warriors are ranked first and the Byting Bulldogs are ranked last.

When the MCs invite the Robo Warriors to pick their partner for the finals, Shawn encourages his team to choose The Byting Bulldogs, revealing the fact that Bailey lent them a motor. Convinced, the Robo Warriors select the Byting Bulldogs (LEND A HELPING HAND REPRISE). Shawn is eager to share the good news with Bailey, but nobody knows where she is! Shawn rushes out of the auditorium to look for her.

The robots excitedly gear up for the final round of the competition, as the finalists face off in a robot rap battle and Bulldog promises to stay out of the Robo’s way in the final round (GEARING UP FOR GLORY REPRISE).

The match begins and Robo does all of the shooting while Bulldog sits in a corner. Soon, Breaker and her partner start dominating the match. If Robo and Bulldog want to win, they’re going to need the elusive bonus points. Robo reaches his arms up to grab the ring, but it’s too high. At that moment, Bailey and Shawn burst back into the gymnasium. The Byting Bulldogs pass Bailey the remote controller, and Bulldog speeds over to Robo. Since Bulldog is so light, Robo is able to lift the “flimsy little” Bulldog up in the air. Bulldog grabs the ring and they get the ten bonus points to win the game and the scholarship! (THE FINAL MATCH)

Everyone reflects on the power of teamwork and finding strength in unlikely places (LEND A HELPING HAND FINALE). 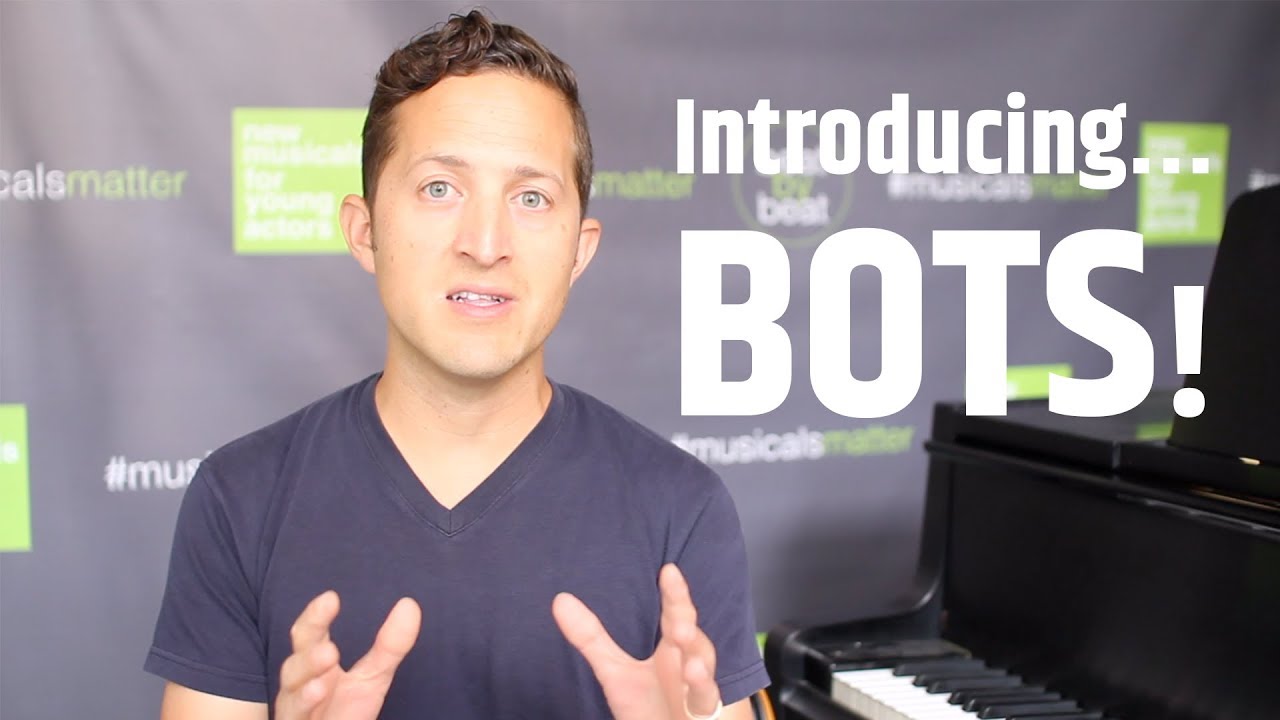