Skip to content
View cart “The Claw ePerusal” has been added to your cart. 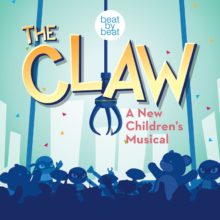 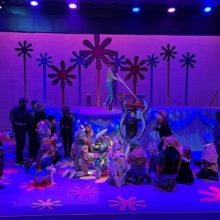 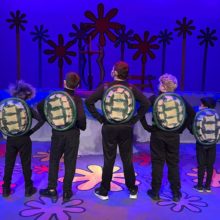 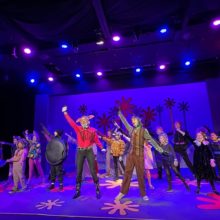 When an out-of-order claw game suddenly turns back on, all of the toys are ecstatic! Well… all of the toys except for Dot, a terrified stuffed cow. Dot’s desperate to hold onto her home and her best friend, Aiden. Can Dot conquer her fear of the unknown with some help from the Flair Bears, Mighty Mutant Power Turtles, Beanie Elders, and the all-knowing Mystical 8-ball?

We open inside an out-of-order claw game, where our narrator, CLAW introduces us to two best friends: a cow plush named DOT and a stuffed dragon named AIDEN. While AIDEN wishes he could leave the game, DOT loves being stuck inside, where things never change. DOT cheers up AIDEN, as all of the toys go about their familiar daily routine. (“The Best Day Since Yesterday”)

Suddenly, the ground beneath them starts to shake! All of the TOYS are tossed around inside the machine, as the claw game springs to life for the first time in ages!

AIDEN is thrilled! He’s determined to leave the game today. DOT, meanwhile, is terrified of facing the unknown. In a fit of panic, she hatches a scheme to hold onto a little piece of home – she and Aiden will leave the game together. (“The Who Knows What”)

A trio of BEANIE ELDERS overhear DOT and AIDEN’s conversation and tell them about the famed “Double Trouble” – an elusive move where two toys link arms and are pulled out of the machine together. To pull it off, they’ll need to master three crucial steps: Strike a pose, hold on, and be ready! (“Double Trouble”)

As DOT and AIDEN set out to tackle step one of the Double Trouble, they visit the eccentric FLAIR BEARS, who teach them how to strike the most impressive pose possible by embracing their confidence. (“Strike a Pose”) As their song comes to an end, a confident bear is grabbed by CLAW. (“Goodbye #1”)

CLAW reminds the toys about the joys of the outside world, leading them in a musical celebration of the greatest wonder of all – pizza. (“Pizza Lullaby”)

Meanwhile, DOT and AIDEN are determined to conquer step two of the Double Trouble. They visit the MIGHTY MUTANT POWER TURTLES, who teach them how to hold on by never giving up no matter what obstacles they face. (“Mighty Mutant Power Turtles”) As their song comes to a close, CLAW grabs a power turtle who holds on tight. (“Goodbye #2”)

Now that they’ve learned to strike a pose and hold on, the last step of the Double Trouble is simply: “be ready!” AIDEN is certain they are both ready to go, but DOT is not so sure. She tries to convince AIDEN to wait, but he’s insistent – The next time CLAW comes down, it’s time to leave!

Panicked, DOT rushes up to the MYSTICAL 8 BALL. She’s desperate for a sign that she and AIDEN will always be together in the outside world, but the MYSTICAL 8 BALL is unable to offer any guarantees. More terrified than ever, DOT is decidedly not ready to leave.

Suddenly, the CLAW springs to life! This is it! AIDEN rushes forward and links arms with DOT, striking an impressive pose. CLAW grabs AIDEN and starts to pull the pair out of the machine. It’s working! They’re doing the Double Trouble! But, in a moment of panic, DOT lets go of AIDEN’s hand. DOT tumbles back into the machine as AIDEN is pulled outside. (“Goodbye #3”)

As she watches her best friend disappear, DOT is devastated. The toys rush to her aid, and she confesses that she let go because, without any guarantees, she’ll never have what it takes to face so much that’s new and unknown. The other toys comfort her – she’s proved she’s capable of tackling new skills all day! She has the strength to face any challenge that comes her way.

DOT feels emboldened. As the CLAW lowers again, the other toys rally around DOT and, this time, DOT is ready! As the crane lifts her up, she realizes she’s been selected by the same little girl who won Aiden! The friends reunite, as everyone celebrates the adventures that await them out in the unknown! (“Finale”)

Note: All roles are gender neutral and pronouns can be changed to reflect the actor playing the part.

THE FLAIR BEARS
Inspired by the Care Bears, the Flair Bears are a group of wildly eccentric stuffed bears, each passionate about different forms of art.

THE MIGHTY MUTANT POWER TURTLES
A combination of the Teenage Mutant Ninja Turtles and the Mighty ‘Morphin Power Rangers, the Mighty Mutant Power Turtles are a group of off-brand heroes.

THE BEANIE ELDERS
Inspired by the Beanie Babies, the Beanie Elders are a group of old curmudgeonly toys from the 90’s.

WALLEE THE WALRUS
EL THE ELEPHANT
MO THE MOOSE

THE MYSTICAL 8-BALL
Based on the Magic 8-Ball, Mystical 8-Ball communicates using a trio of answers.

How does The Claw costume work?
Our concept is that The Claw would be played by a kid who resides on a pedestal up above the others on the back of the stage. To resemble the “talons” of the claw, consider repurposing 3 pool noodles – one that would attach to a hat on the head, and two held in his/her hands. When the claw goes to grab a toy, he/she would walk down from the pedestal downstage, wrap the “toy” in the pool noodles, and carry it offstage. Of course this is only one option – we’re excited to see what you come up with! 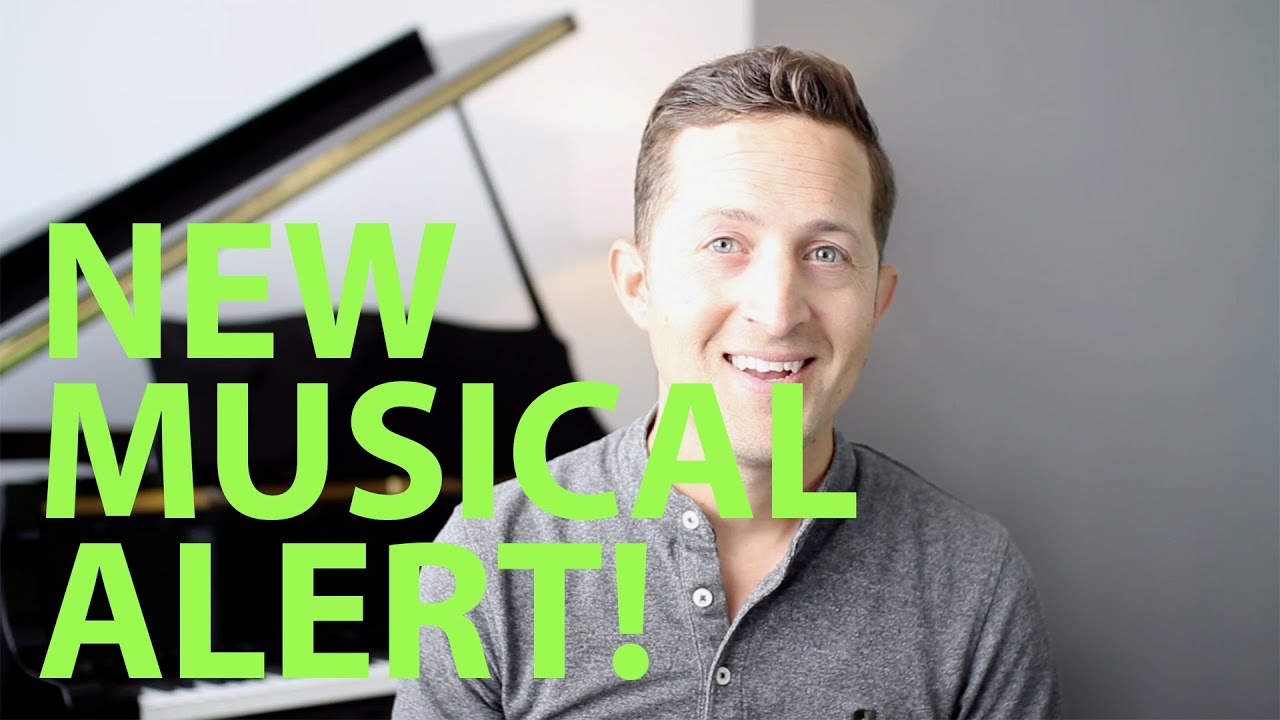 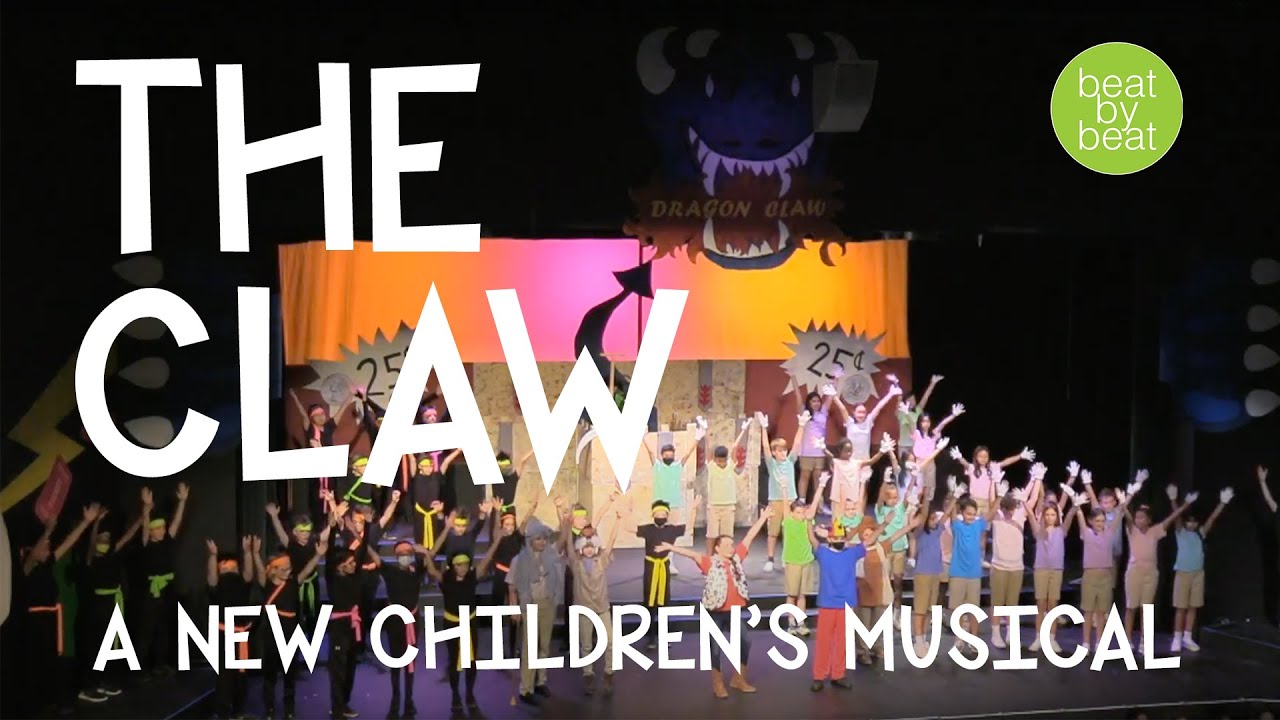 5 reviews for The Claw Production Kit