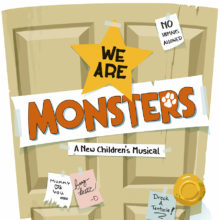 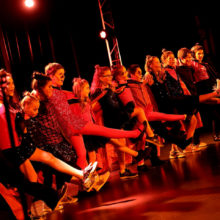 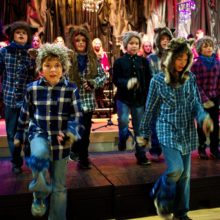 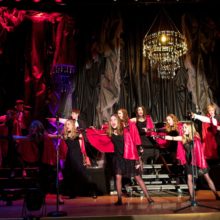 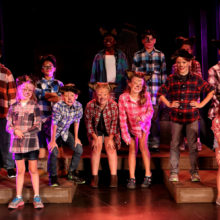 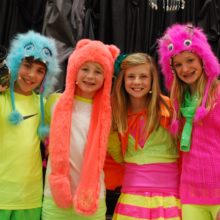 We Are Monsters Production Kit

We Are Monsters is a hilarious new musical that follows human kids into a monster cabaret filled with quirky monster characters. The adventurous humans uncover vegetarian vampires and rock n’ roll werewolves, gradually realizing there may be more to these monsters than meets the eye! Most importantly these monsters and kids discover the importance of friendship and celebrating in the attributes that make each of us different and unique.

In an old abandoned theatre, Targoyle and Fargoyle enthusiastically welcome monsters far and wide to the annual Monster Cabaret! Here the monsters are safe to freely express themselves without any humans around (WE ARE MONSTERS).

This year, four human kids have snuck into the cabaret. Westerly, Jade and Sunny all have hopes of revealing monster secrets to the world (MONSTER SECRETS). KC, the oldest of the group, breaks from his tough exterior to reveal that he longs to find his childhood monster friend, Oozy Lumpa.

Unaware of humans lurking around, the Werewolves, led by Tooth and Moonface, perform their signature Rock n’ Roll number showing off their passionate and powerful howls (HOWL AT THE MOON).

The Vampires are next, but this year they’re singing a different tune. Due to humans consuming too many processed foods, they’ve made a significant change to their diet. Vladimer, Vazel, Valexa, Vank and the rest of the Vampires reluctantly profess their new love of vegetables (WE LOVE LETTUCE).

Backstage, Sunny, in monster disguise, runs into Oozy Lumpa, a sweet but slimy monster who is longing for her childhood human friend, KC (OOZY LUMPA REPRISE). Sunny runs off, frightened.

During the next cabaret act, the Werewolves enter a friendly competition to see who has the best howl (WEREWOLF HOWL-OFF).

During the Vampire’s second cabaret number, they tunefully lament on one of the everyday difficulties of being a vampire in a rousing Broadway number (MY FANGS ALWAYS GET IN THE WAY).

When Sunny runs into Oozy for the second time backstage, he panics and runs away again. Oozy, left alone, sings about how it feels scaring people away and being alone (BE IN TOUCH). This grabs the attention of KC, who finally reunites with his long lost friend! (KC & OOZY LUMPA REPRISE). But now the humans have been revealed as spies! The Vampires, whose tempers have already been on the edge due to their new diet, explode into a rock anthem calling all monsters to take a stand against the humans! (STAND UP AND FIGHT)

In front of the entire Monster Cabaret, the human kids confess that their initial motives for sneaking in were selfish, but have since changed upon learning that the monsters deal with the same issues as humans. As the curtain falls, the cabaret celebrates a monster/human world no longer separated by fear but now joined in understanding and friendship! (WE ARE MONSTERS REPRISE).

We Are Monsters is a very much an “ensemble” show. Although the HUMANS and OOZY LUMPA are the most featured characters, the majority of the show features the WEREWOLF and VAMPIRE ensembles. Within the ensembles are many opportunities for speaking and singing solos.

The majority of parts are gender-neutral, giving you ultimate flexibility.

KC is Sunny’s older, cooler brother/sister.
JADE is the leader of the humans and the biggest monster fanatic.
WESTERLY is the brainy and scientific monster expert.
SUNNY is KC’s little brother/sister that tags along.

TARGOYLE AND FARGOYLE are the monster hosts of the cabaret.
OOZY LUMPA is the “slimy” monster with a beautiful heart.

VLADIMIR is the spokesperson and leader of the Vampires.
VAZEL is confident of his/her Vampire looks.
VALEXA is the hip, cool and trendy Vampire.
VANK is deeply bothered by humans and their influence.
VREDDY and VARAH, VANNY and VALISSA are featured singing Vampires.
VAMPIRES 1-4 cannot hold back their urge when they see food.
VAMPIRE ENSEMBLE (optional and flexible)


We Are Monsters: Full Video

Song: We Are Monsters 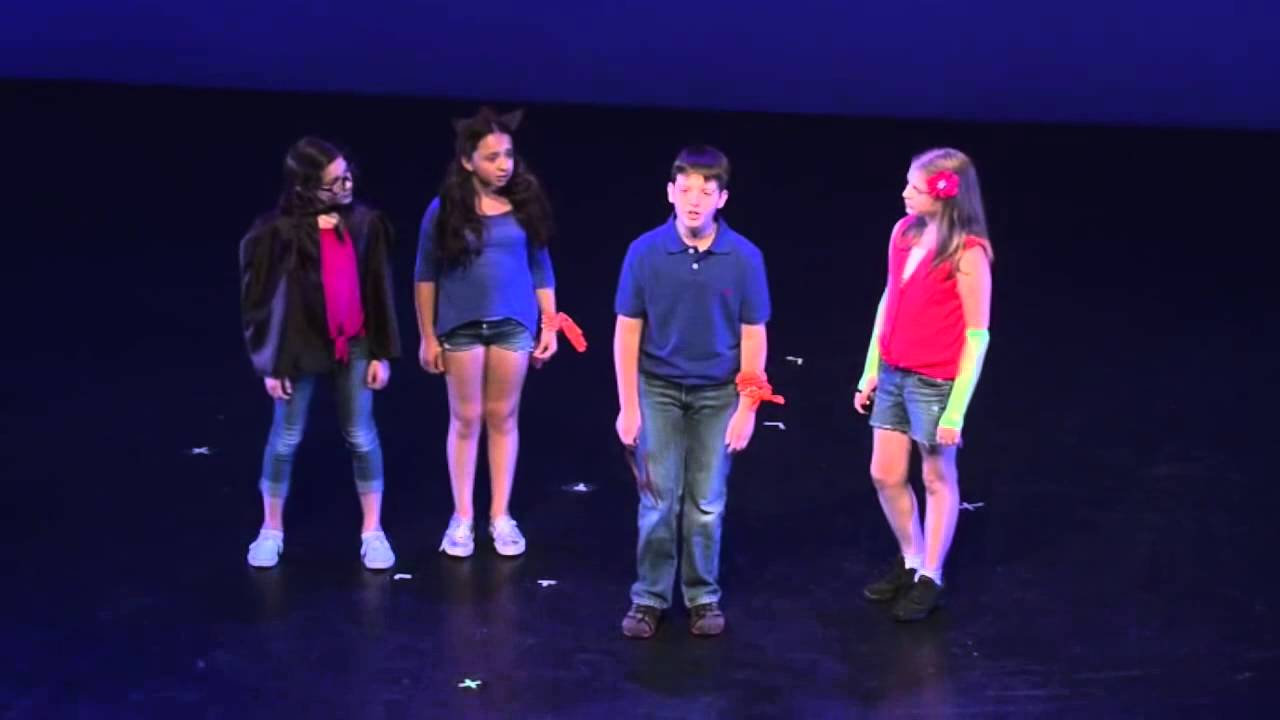 Song: Howl at the Moon 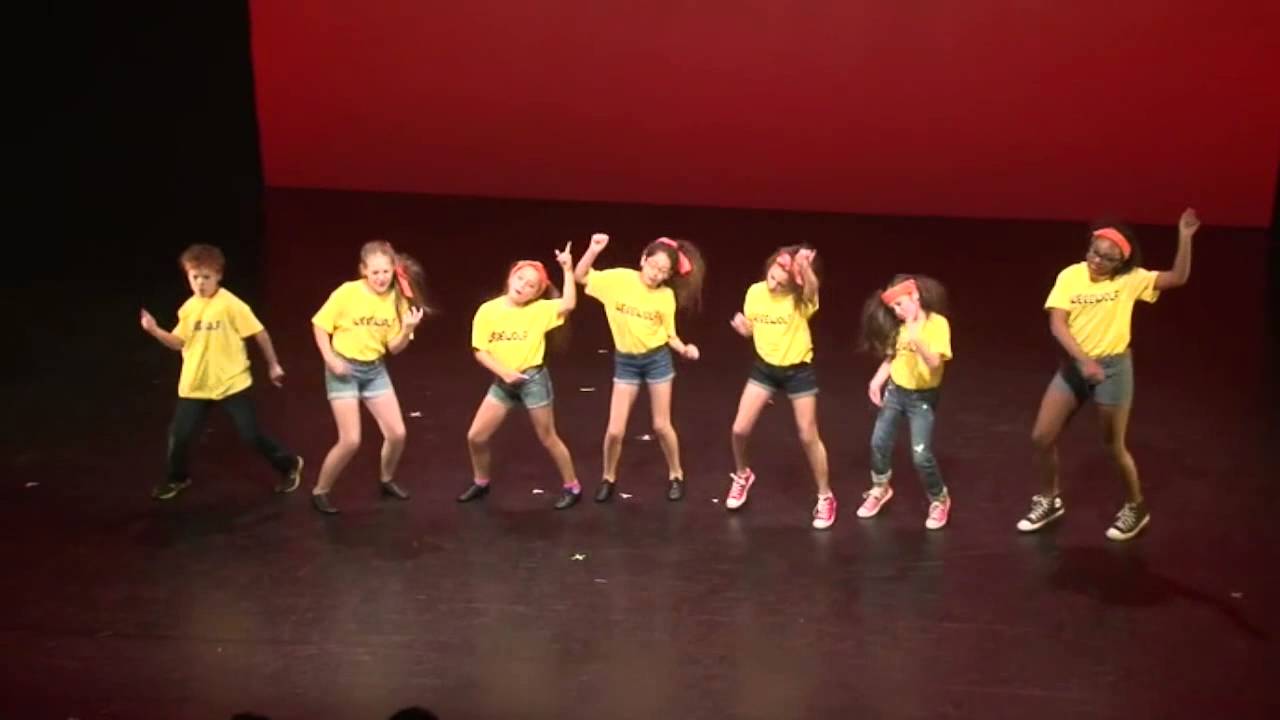 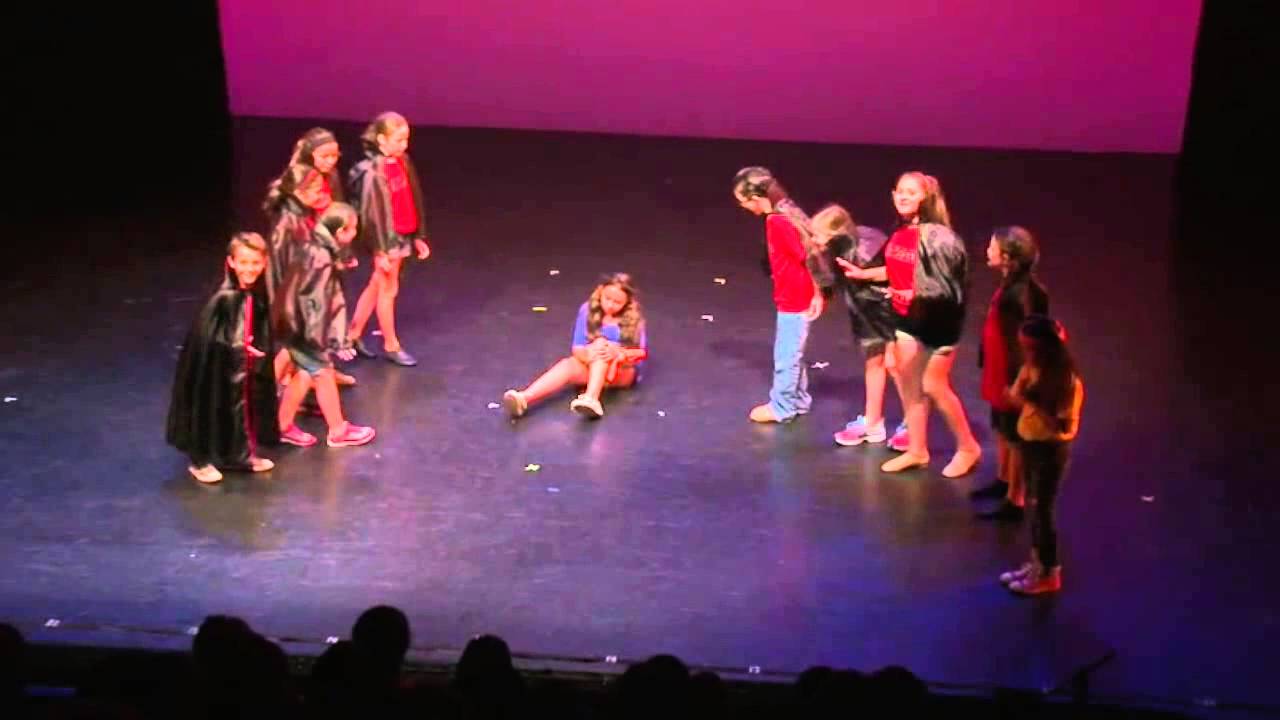 Song: My Fangs Always Get in the Way 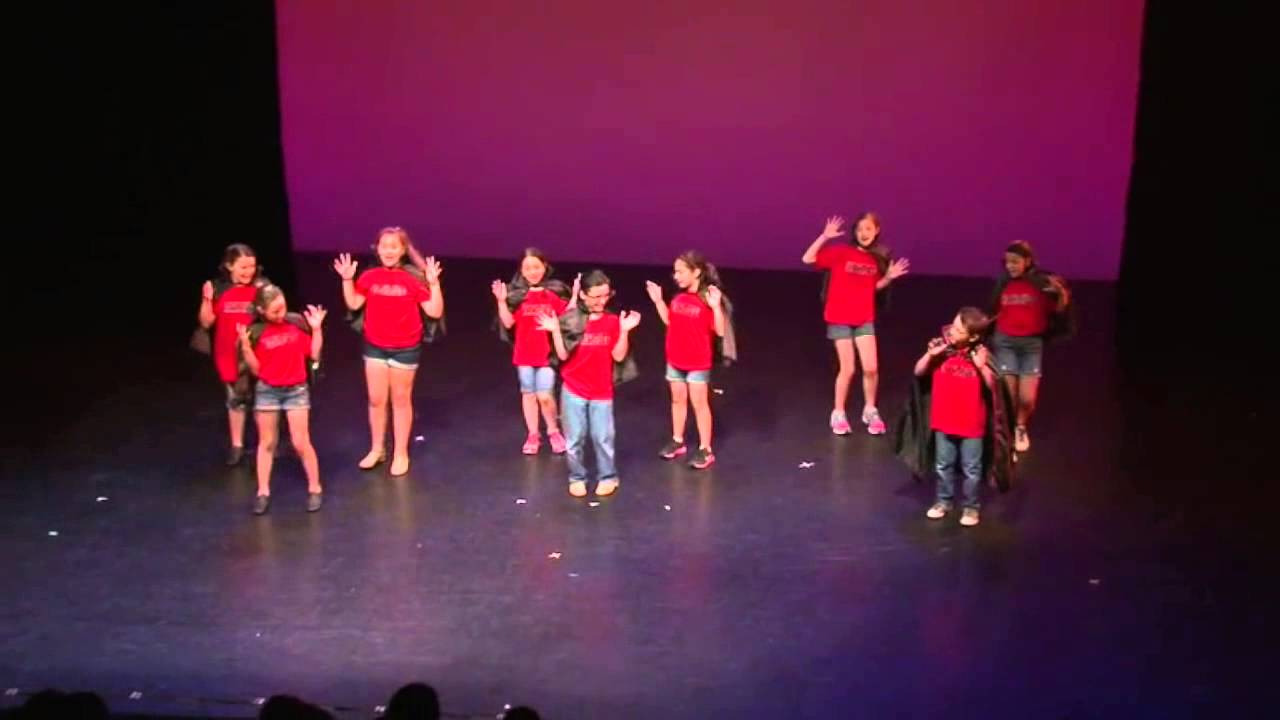 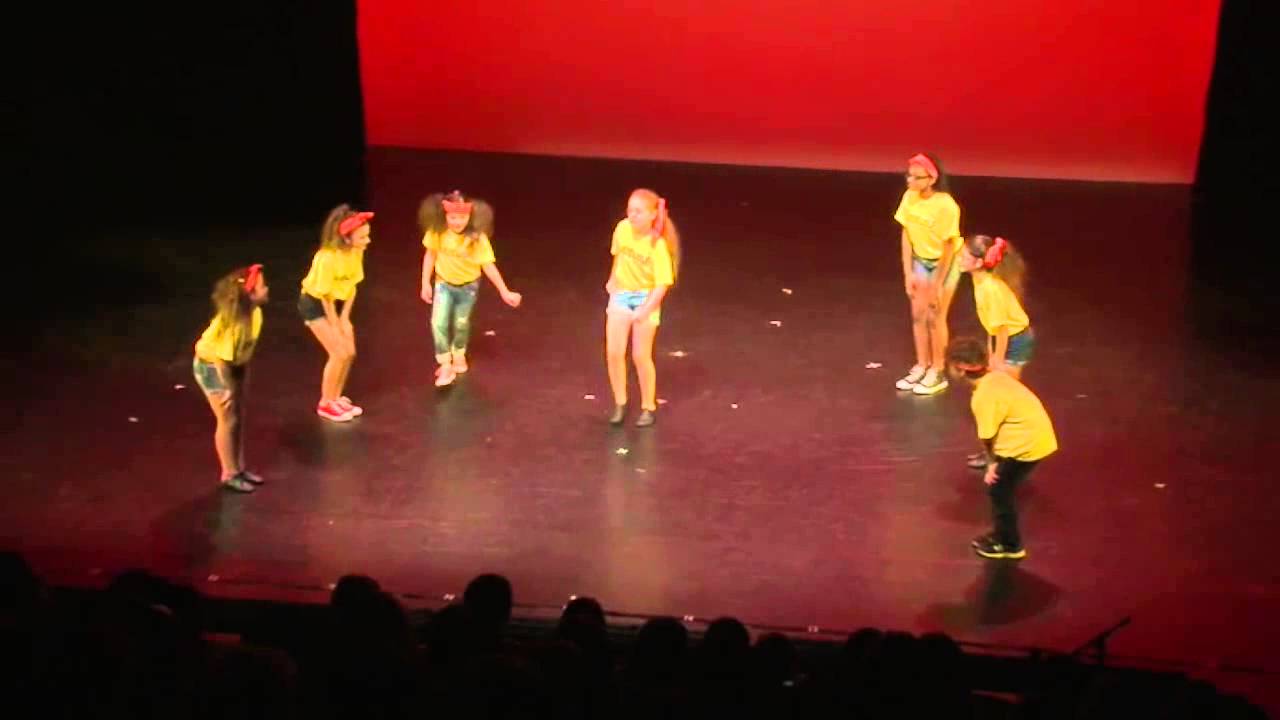 Song: Be in Touch 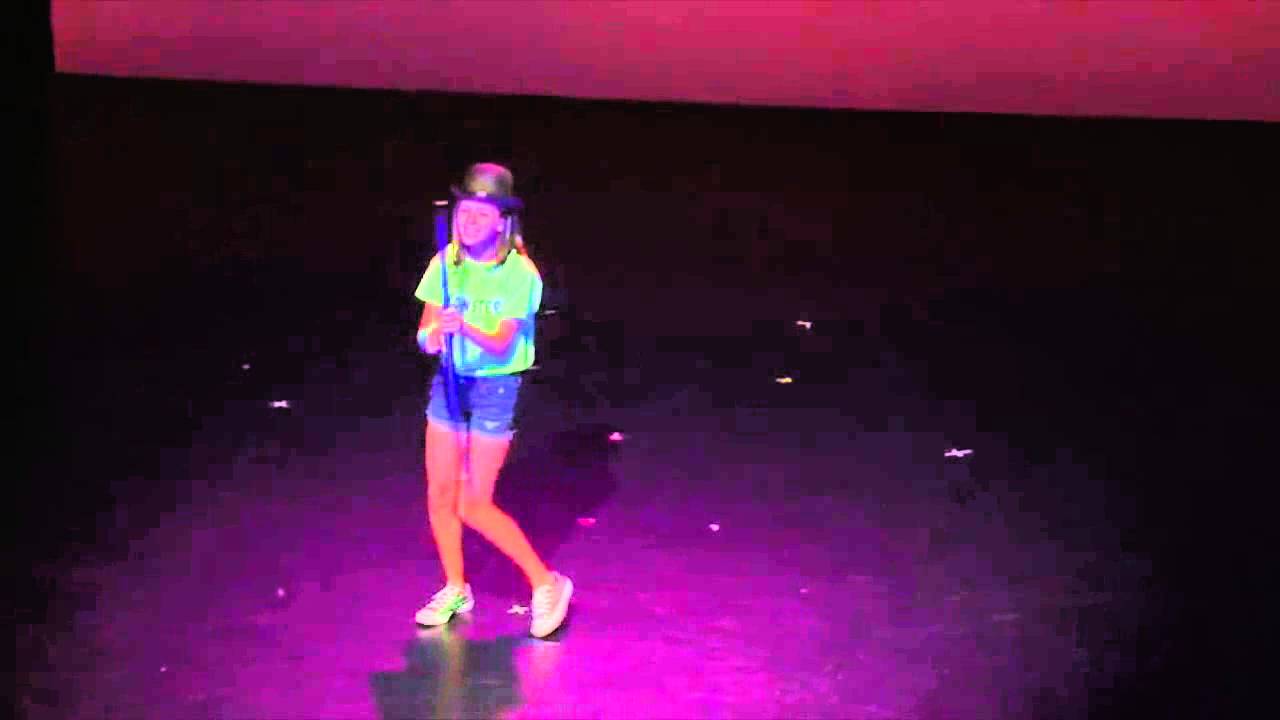 Song: Stand Up and Fight 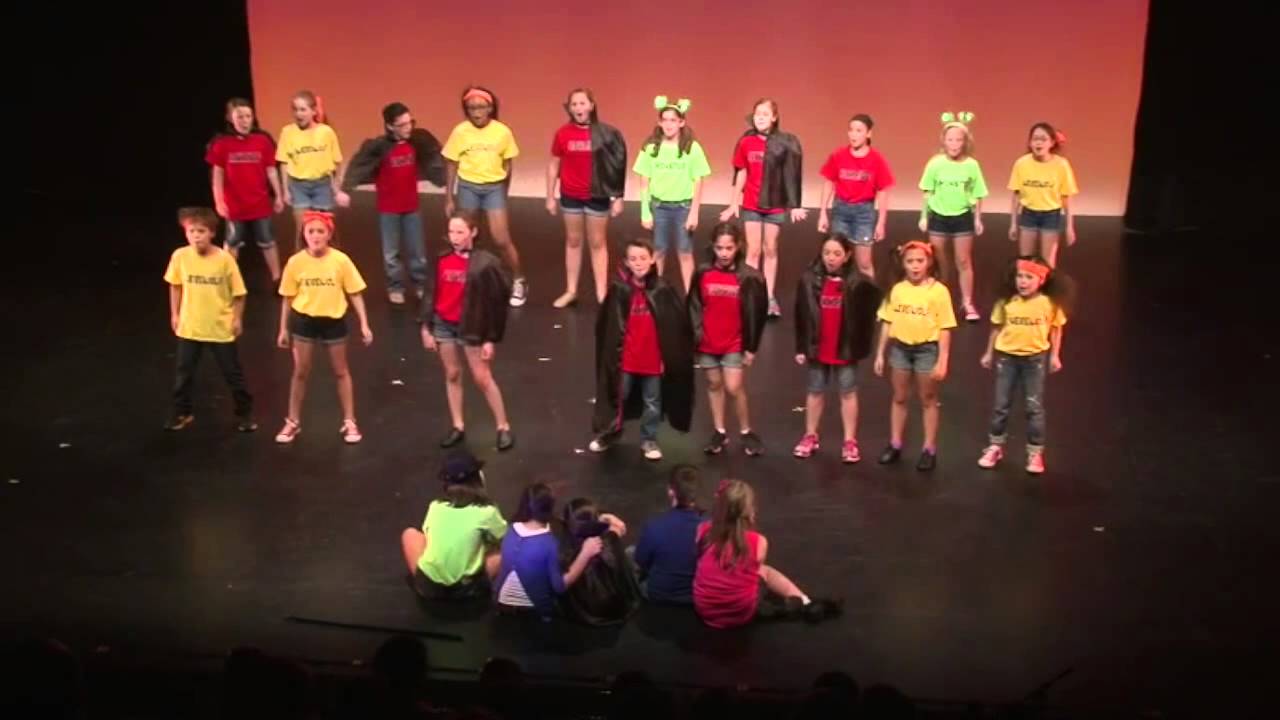 24 reviews for We Are Monsters Production Kit