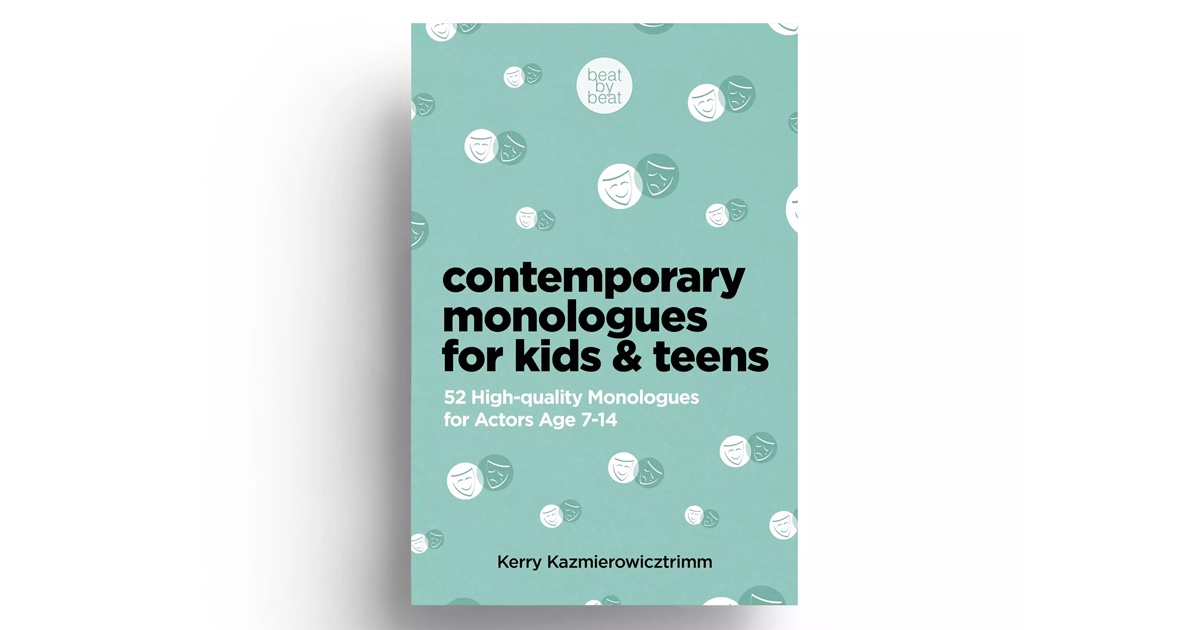 Below is a free preview of two more monologues from our upcoming release Contemporary Monologues for Kids & Teens!  (Click here to read the first two free monologues.)

This new eBook was released on September 14, 2022 and is available for instant download at the link below:

This book was written by award-winning playwright Kerry Kazmierowicztrimm.

Scroll below to preview two free monologues from this upcoming release!

Harper stands outside, waiting to be picked up from karate class.

It’s fine, it’s totally fine. So what if Dad’s late? He probably just got stuck in traffic and will be here any minute to pick me up. Yeah, yeah, any minute. I mean, karate class only got out ten minutes ago, so it’s not like I’ve been abandoned or anything. It’s not like he’s just forgotten about me. It’s not like it’s totally easy to forget that I, the middle child, even exist, until it’s midnight and Dad’s like, “I feel like I forgot something. Was it to pick up milk? Or the dry cleaning? NOPE! It was my CHILD, Harper!” Oh, who am I kidding?! That’s exactly what happened! I have been completely forgotten! They’ll move on, and I’ll never see my family ever again!!!

Dad? Hey! I didn’t see you parked over there. I hope I didn’t keep you waiting.

Eden comes in to talk to his younger sister, Rowan.

Hey, Rowan? I, uh, I wanted to talk to you for a sec, if that’s cool. I, um, I know you’re disappointed. You worked so hard – just, so hard – preparing for that spelling bee, how can you not be bummed? But there’s, you know, there’s no shame in third. That’s bronze. That still means you, um…what’s the word?…placed. Top three.

But that’s not what I wanted to say. Sorry, I’m not very good at, um, at this sort of thing.

What I wanted to say is, you may be my little sister, but you…you’ve done things I can’t even imagine. I’m not good at speaking in front of, well, anyone. But there you were, competing in front of the whole school. I couldn’t believe it. I just, I was so scared for you. But more than that, I was…impressed. So impressed by you. It was the coolest thing I’ve ever seen. And the bravest. You were braver than I’ve ever been. And in my book, that’s…well, that’s gold.

Comment below and let us know what you think!

Beat by Beat Press is the world’s #1 resource for contemporary new musical plays for kids and teaching drama resources.