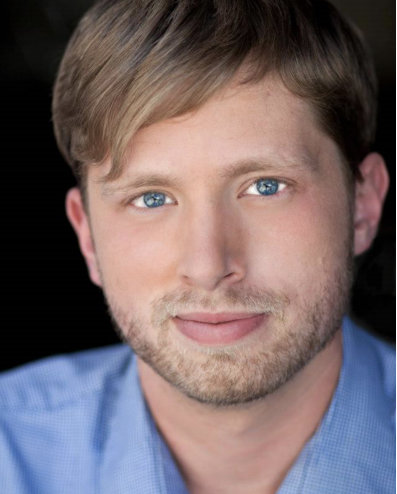 On September 15th, we released a book a new monologues for kids and teens.

This collection was written by Kerry Kazmierowizctrimm, a Eugene O’Neill National Playwrights finalist whose plays have been performed off-Broadway and regionally around the country. We’ve been lucky to work with Kerry on several other Beat by Beat projects, including Giants in the Sky, Sally Sells Seashells (And You Can, Too!), Before the Bell and The Claw!

Here’s a quick check-in with Kerry:

What excited you about working on this project?

I always try to write from the perspective of “what do I wish existed when I was a kid?” And so I was excited by the chance to write about emotions and ideas that I had definitely dealt with as a kid, but didn’t necessarily have the opportunity to articulate. Kids experience a huge range of big, scary, wonderful, terrifying emotions, and I was super excited to come up with characters and situations that allowed those emotions to be expressed.

What was the biggest challenge?

Making sure the monologues felt justified. It’s fine to say you want to explore big emotions and ideas, but creating scenarios that felt dramatic and justified one character speaking without interruption took some serious brainstorming. To find ones that worked, I wrote close to 200 potential monologue ideas, wrote out full monologues for 85 of them, went through several drafts of those (with super helpful feedback from the Beat by Beat team), before finally landing on the 52 to include in this book. It required a lot of work and experimentation, but was (I hope!) worth it.

What’s a memorable theatre experience you had as a kid?

Seeing my dad onstage for the first time. It was for an audition. He’s naturally a very gentle, soft-spoken man, and seeing him completely transform himself into the role taught about the magic of theatre in an instant. As far as a theatre experience I was a part of, playing The Cat in the musical Honk! was the first time I played a big, colorful character, and as someone who suffered from severe social anxiety, that was a huge moment for me.

What are some of your favorite classic monologues and why?

“If music be the food of love…” from Twelfth Night by William Shakespeare.
It may be an obvious answer, but I love it because it’s just so relatable, even centuries later. Many of us know what it’s like to feel heartbreak so deeply that we just want to lock ourselves in a room and listen to sappy music.

The Gentleman Caller’s monologue from The Glass Menagerie by Tennessee Williams.
Monologues are tricky because maintaining a sense of dramatic conflict is much harder when only one person is talking. But sometimes the most interesting dramatic obstacle is a person’s own difficulty communicating what they want to say. This monologue does a great job of showing the tension that comes from trying to find the right words to express how you feel about someone.

Hope’s monologue from Almost, Maine by John Cariani.
What I love about this one is that it’s a monologue where the person wishes it was a dialogue. She wants the guy to respond to her. She desperately wishes he would say something. And it’s that want not being met that makes this monologue so awkward and funny. John Cariani has a ton of delightful monologues in his plays that always feel incredibly distinct and driven by the character’s objective.

Pretty much any monologue by Annie Baker.
She captures the natural rhythms of speech in a way that’s very rare and beautiful. It makes learning her monologues a breeze, because even where she places an “uh…” feels completely intuitive.

Click here to learn more about Contemporary Monologues for Kids & Teens, a new collection of 52 high-quality monologues for young performers.

To learn more about Kerry, checkout his website at https://www.kerrykaz.com.